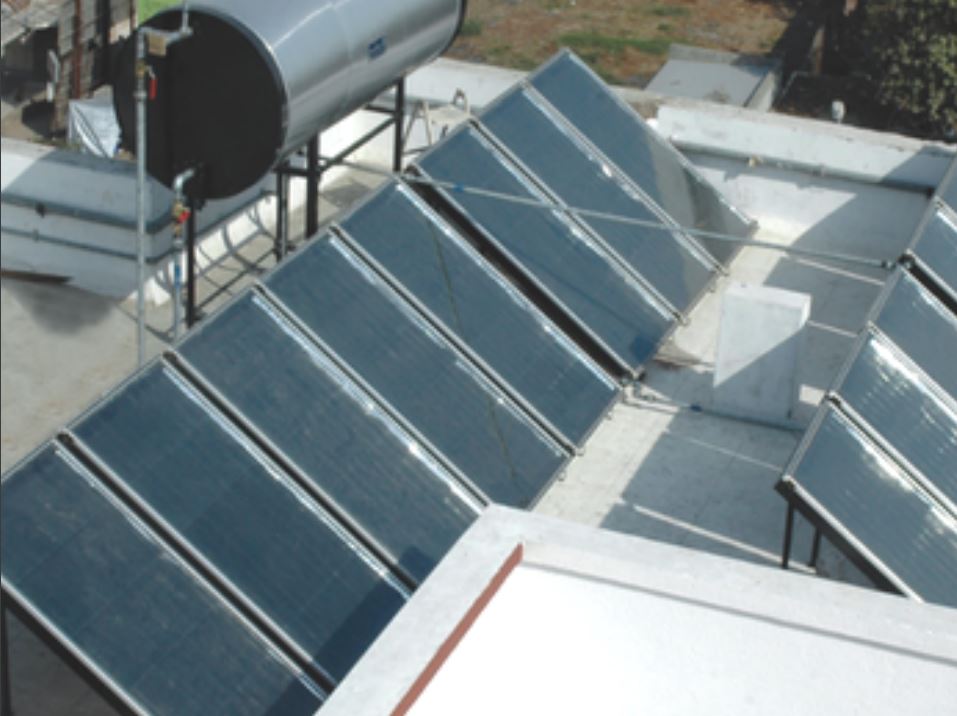 In the early 1990s, the solar technologies market was in the emerging phase. There was not enough knowledge among the public about solar technology. The cost of solar electricity generation using solar photovoltaic panel was ex tremely high. Given the market conditions, the Indian government promoted the usage of solar water heating systems by giving a high amount of subsidies.

The Solar Water Heaters (SWHs) were introduced into the market with specific quality guidelines and they were implemented with the state nodal agencies all over the country. SWH units were mainly of two types – (a) Domestic SWH with a capacity was around 100 litres per day and (b) industrial SWH plants with a wider range of capacities. The large scale capacity industrial SWH plants were implemented in school hostels, college hostels, hospitals, hotels, government buildings, food processing industries, Micro, Small and Medium Enterprises (MSMEs) and may other industries.

The SWH plants were easy to manufacture as they mainly have only two components, namely, solar collectors and solar water heating tank. Each solar collector comes with around two square meter area, the frames are made of aluminium to last long and the collector plates were made of copper with black chrome chemical coating to absorb the sunlight. When sun rays fall on the copper tubes, water inside those tubes get heated and raises automatically due to the density difference, circulates within the system and reaches the solar water heating tank. F rom the tank, hot water is supplied to various applications like kitchens, bathrooms, etc.

The SWH system replaced the use of wood and/or electricity for heating purpose. If electricity was generated from diesel, then it also avoided diesel consumption. Overall, these replacements avoided CO<sub>2</sub> emissions to the atmosphere leading to a clean and hygienic workplace and environment.

Thus, it helps in saving cost and also in protecting the environment. With the huge push from the Central Government, we have implemented several such solar water heating plants in various parts of Tamil Nadu and Pondicherry (including Kariakkal). The life of these SWH plants is generally more than 20 years. They do not need any maintenance except cleaning the glass panels from time to time. The toughened glass was used to cover the solar panel, which is very strong and tough to break. So, with minimal maintenance, they produce hot water with a temperature around 80-90 degree Celsius. As these water tanks are made of high-quality insulating materials, they make sure that the heat in stored water lasts for more than 40 hours. The promotion of SWH in industrial plants was popular and it was a great success for the Central Government in a way to scale up renewable energy programs.